Awakening the Maker Within…

I hear and I forget. I see and I remember. I do and I understand – We all know about this famous words of Confucius on learning. Learning by making was always complete be it pottery, tailoring, carpentry or even cooking. Dr Guruprasad Kuppu Rao, Director & Mentor at Imaginarium shares his life journey as a maker. He also shares his views on the current maker movement and opportunities to learn by making at growing community workshops across the country.

In recent years, we have been hearing a lot about  the Maker Movement. We can also call it as “do-it-yourself” (DIY) culture. It is growing across the world as a collaborative community innovation drive. The collaboration is between specialists and non-specialists bound by a common goal: to have fun by making. This movement is already in India and is spreading from metros to smaller cities and many institute campuses.

People have been “making” things since dawn of civilization. We can recollect from history, the famous medieval age movement, the Renaissance. It heralded a new awakening in art and culture marked by simultaneous creation across Europe. We also had several rounds of art movements such as Art Nouveau, Modernism and Postmodernism. In parallel world witnessed people movement such as capitalism, communism, socialism which emerged out of unstable political, economic and social conditions. They all had some triggers which detonated the mass people movements. With IT and hardware rapid growth beyond Moore’s law, the hardware seemed to lag behind software and this is believed to be the real trigger for the maker movement. 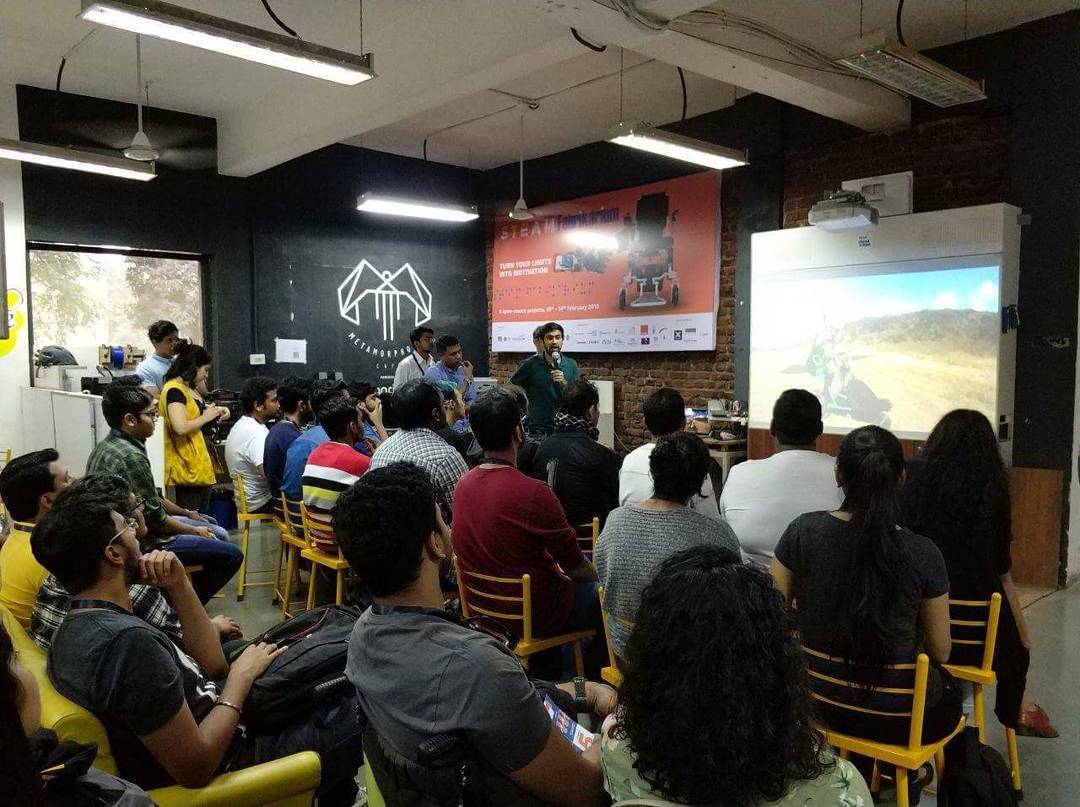 We as HAM Radio hobbyists have seen such small communities working on Radio just for the fun of transmission & reception. They used to be called as “Amateur”. I used to wonder; they are not mature and hence are termed as A-mature☺!  According to many online dictionaries, it means a person who engages in some pursuit such as sport, dramatics, singing etc. merely for pleasure or satisfaction and not for monetary gain as a profession. We have seen Amateur Theatre, Amateur Astronomers, Amateur Photographers, Amateur Archaeologists and Amateur Radio. I wish to call all of them as the original maker community. Those who indulged in some kind of amateur activity, had time and money. Either they are rich or hada profession that paid them enough. As the community grew, many rich and philanthropic amateurs used to sponsor events to build smaller communities. This helped many to enjoy the fun of making and learn. India had a very flourishing Amateur community that can be traced back to colonial era. Bangalore which was then famous as pensioner’s paradise was also a great cradle for Amateurs.

From my own pages of memory, Astronomy, Photography and Radio were costly hobbies which needed both knowledge and investment into expensive hardware. Because Amateur can only survive as a community to learn and share, many big hearted amateurs volunteered to share their hardware and create low cost devices from the junk hardware. They did whatever to keep the activity alive and have fun. The state funded Vishveshwaraiah Museum (VITM) used to conduct summer science camps to learn by experiments. It was well complemented by Bal Bhavan which offered camps on fine arts, crafts and performing arts. The Museum, The Bal Bhavan and Green Cubbon Park were epicenter of the City’s Amateurs. Then there was KIONICs supporting Morse code classes. It was in VITM, I learnt my ABCs of HAM Radio by lovable Marcos Sir. He used to take class after his office hours at VITM. What a mesmerizing teacher he is. He made complex electronics concepts simple to understand. He used to use a whiteboard which was in itself new those days and used to wipe the board with spirit. Then there was Aero modelling Club, the Association of Bangalore Amateur Astronomers all contributing to grow a strong Amateur community in Bangalore. I used to fund my hobby by teaching painting at Bal Bhavan ☺ 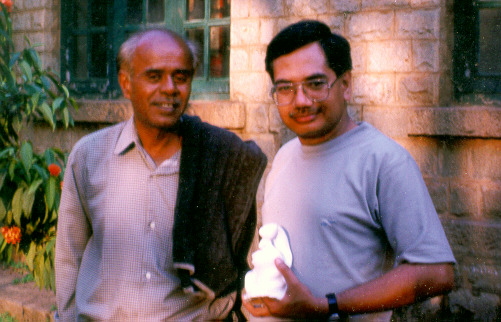 The Bangalore junk market used to arrive on Sundays at Achar Srinivaschar Street (AS Char Street)and other by lanes of avenue road. This was a hunting ground for Magnets, high impedance headphones to defense hardware from World War II☺. Then the SP Road electronics hardware, Engineers from BEL, HAL, HMT all contributed to a wonderful amateur ecosystem. We could get great mentors like VU2IR, VU2VTM, VU2RO and VU2DEV… (A big list)who very benevolently shared their knowledge with everyone to enjoy the technology. The availability of City Central Libraries (CCL) gave the city its search engine, to information hungry amateurs, before Google was born. I am sure such resources and activity indirectly helped to make Bangalore a Knowledge City and India’s Silicon Valley. Being an Amateur those days gave a special power; Wireless communication – a privilege reserved for Police and Military. More fun is to make own wireless rig. It was called as Home brewing. We used to collect every circuit that that an antenna and a microphone☺. When I attempted to build my own rig from a kit (called as Kolkata Kit) with VU3KTW, rig never worked. But for the expert VU2IR, we could not have made it work. Tinkering with the circuit for Pager QRMs were great learning we can never forget. This was followed by more projects, Building G-plane slim-jim antenna, building a linear Amplifier etc. Learning the Ham Radio way of communication through the Nets. We used to hear the great Net controls like VU2ZUB, VU2QNY and Sunday’s special net from BR Hills from TS Ganesh and VU2 SOC, one can never forget. This is indeed the great Indian original maker movement. Many clubs were born with their own community work. Bangalore Amateur Radio Club operated from State Scout Head Quarters, BEL Club, VU2IIS just to name a few. At it speak, Amateur Radio had the pocket Radio, Satellite communication, BBS. World HAM community started building their own satellites. Thanks to good efforts of IIH started by ace Amateurs VU2VTM, VU2FI, VU2DEV, VU2ITI and many more evangelized the hobby and working hard to keep it alive.

With the advent of computers and PLCs brought in automation. Soon, a great opportunity was born from the Y2K problem. Rest is the IT revolution that changed the world. IT made information availability on click of a button. The WWW, AltaVista, Apple, Yahoo, Microsoft gave access to the world of Information. The power of computing grew surpassing Moore’s law and made land us where we are today, on the edge to see Industry 4.0. The Amateur movement was lost to the communication revolution, use of Morse code was officially retired and closed; Valves gave way to transistors, transistors to ICs, ICs to Microcontrollers. VLSI made it possible to miniaturize the hardware as SMDs. The hardware went out control for amateurs to tinker. This kind of marks a null period. Analog devices became digital and so was the Radio. The PIC processor, Basic Stamp became the new tools to build systems. The miniaturization made electronics wearable. Once hot Amateur activity diminished but was never dead. With hardware prices falling and computing capability increasing multifold, the amateur spirit was reborn.

Today’s maker movement is born out of new opportunity to build hardware. Open Source Hardware (OSHW)Maker movement started in US in 2005 in which individuals exchanged information about how to make things?  “Make” magazine was born to help spread the projects made from the newly available hardware and software. It carried articles on do-it-yourself projects involving electronics, computers and robotics. Internet connectivity enabled the community to rapidly share. The procedure to “make” was put on YouTube enabling learning. “Maker faire” in 2006 became the first meeting of “maker” community in US. Soon many Fab Labs also called as Tinker Labs, Maker Space in schools and community fabrication workshops came up. While component level building has lost relevance, subsystem level is growing big. Thanks to cheaper micro controllers and programmability, professionals, as well as amateurs have become busy. The arrivals of Arduino, Raspberry Pi and Open source software have great positive impact. Amateurs can relook at hardware again. The Advent of new way to fabricate plastic has brought in a new dimension into making anything. The open source 3D printing started as RepRap project. It was soon followed by Makerbot in 2009.  These 3D printers filament based have emerged as low cost consumer 3D printers. 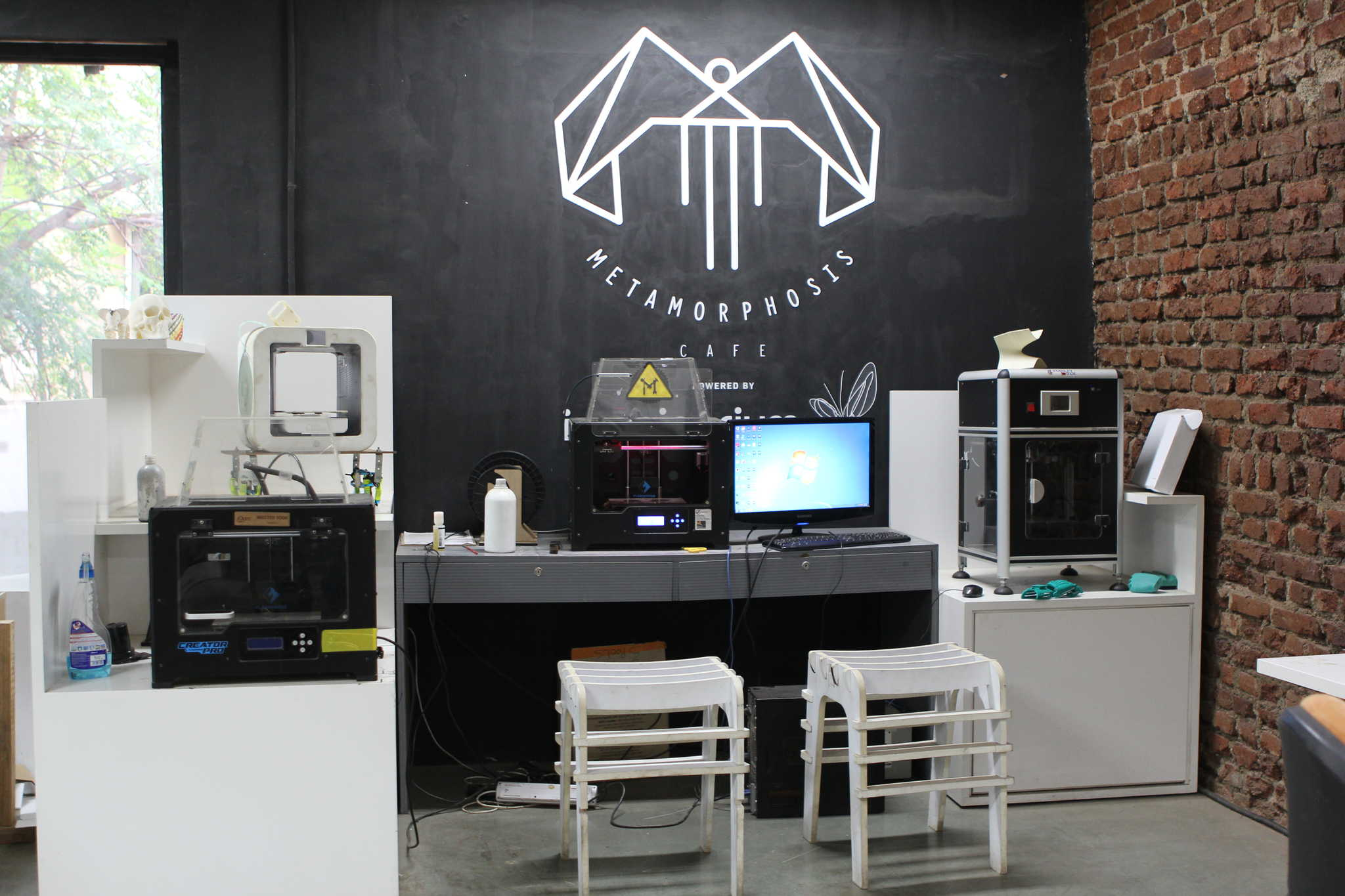 In India, the Premier Design schools such as NID and IDC had always fabrication studios. But, they were meant for their students only. Indian Government under Niti Aayog has provisioned “Atal Tinker Labs” in secondary schools to inculcate, the spirit of learning by “making” in children.

In Maker spaces are commercial fabrication studios equipped with digital fabrications tools such as laser cutters, vinyl plotter, CAD software and 3D printer. They allow any one can use the facility for a fee or subscription. In India, there are many Makerspaces. In Bangalore toot here are a few good maker spaces. The important ones are “The Workbench” at Ulsoor ,“IKP Eden” in Koramangala, “The Workshop” at Horamavu, “Project DEFY” and “E4D Banjarapalya”. In Mumbai “Maker Asylum” KJ Somaiya’s Research Innovation Incubation Design Laboratory (riidl) and Curiosity Gym are quite popular. Maker spaces such as Maker’s loft in Kolkata, Chennai Maker place, Potential Labs in Hyderabad show their growing trend in India.

The movement came in right time to meet the demand by talent hungry Start-ups. The movement got additional support from frugal innovation thinking. Make in India gave it state support. Amateurs became the serious Professionals with a promise of equity and start-up co-partners. Hope Amateurs keep their quest to learn and share. Contribute to the national building humbly as always they did. World will benefit from yet another knowledge movement. We can only say – Let’s join and contribute☺.

My journey into Making has been very useful in my role in Imaginarium as a Mentor and I get to live my creative childhood every day.

Let us know about your Maker’s journey at hello@imaginarium.io